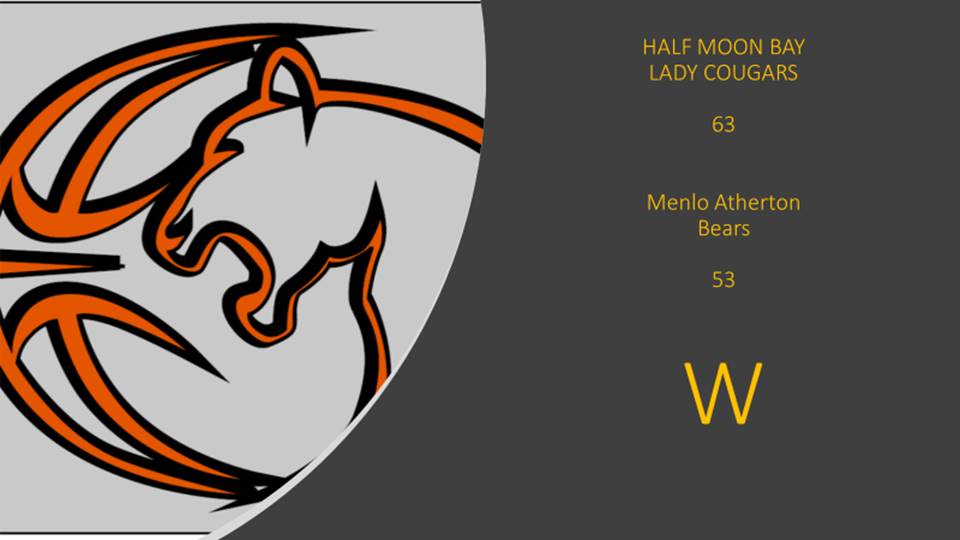 Your 2019-2020 Lady Cougars opened their season verses a tough and experienced Menlo-Atherton team who was coming off of a 2018-2019 CIF State Division IV Regional Final loss to eventual Division IV State Champion Oakland Tech. Returning all but two players from that team, Menlo-Atherton took an early lead in the first quarter and increased it to 9 by half time.

The third quarter was more of the same as MA’s lead grew to as much as 13 points. However your young Lady Cougars were able to cut that lead to 8 points to start the 4th quarter.

In the fourth quarter, your Lady Cougars buckled down and went to the basics of Half Moon Bay Lady Cougar Basketball … defend, rebound, and run. This was something to see as they went on a 22-4 fourth quarter run. Their energy and enthusiasm fueled the defensive pressure and their confidence showed on the offensive side with transition lay-ups and smooooooth half court offense.

In the end, they held Menlo-Atherton to 11 second half points while scoring 30.

This young group of Lady Cougars (1 senior, 4 juniors, 2 sophomores, and 4 freshmen) still have not meshed but in the process of coming together, they have a chance to do something special … accomplish something bigger than themselves.

Next up, your Lady Cougars head to Mills HS Tournament where their first round opponent will be Pacific Bay School followed by either Division IV power Sacred Heart Prep or Lincoln HS from San Francisco.