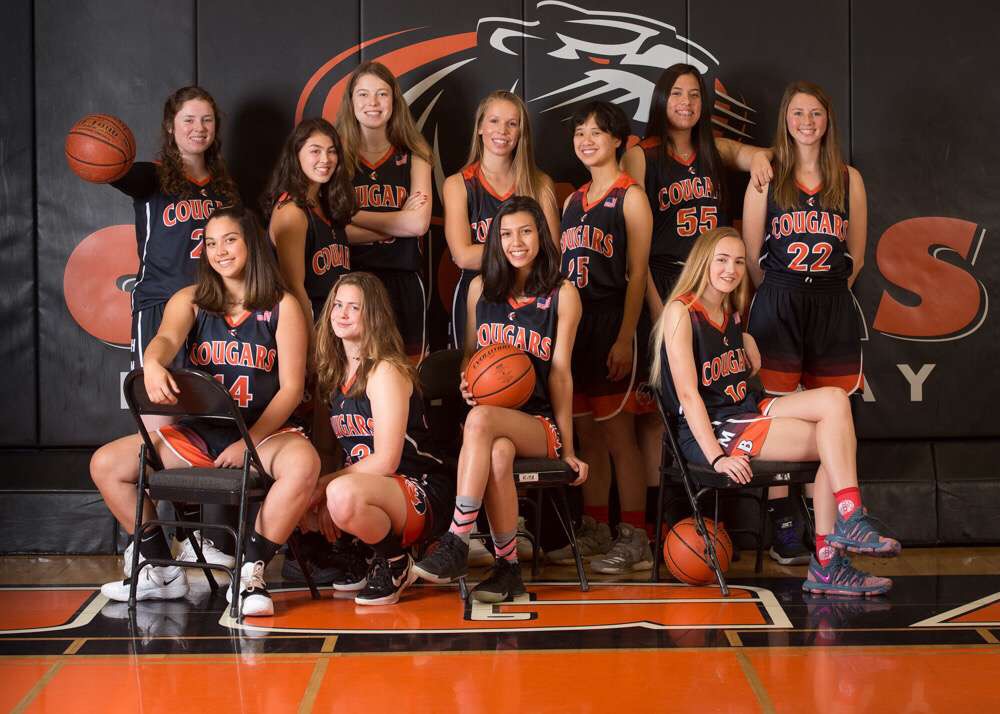 The first half of league play ended tonight with your Lady Cougars beating the visiting Jefferson Warriors. A solid defensive performance held Jefferson to 2 made baskets in the first half with a total of 5 made baskets for the evening. The solid defense not only limited Jefferson’s scoring but opened the door for a complete team effort as everyone got involved in the action.

Unofficially Abby Kennedy (Fr) led all scorers with 11 points, Fernanda Hernandez (Jr) added 8 points, Genevieve Belmonte (So) returned to action with 6 points and a behind the back assist to Bella Dioli (Jr) who pitched in 6 points as well. Seniors Mailie Bowers and Abby Urban both had 5 with Layne Faust (So) and Sierra Young (Fr) with 4 a piece.

The first half of league play has your Lady Cougars sitting at 4-2 one game behind second place Terra Nova and two games behind first place South San Francisco. The second half of league play starts tomorrow night at Oceana HS. JV begins at 4:00pm and Varsity follows at 5:30pm. #positivepig