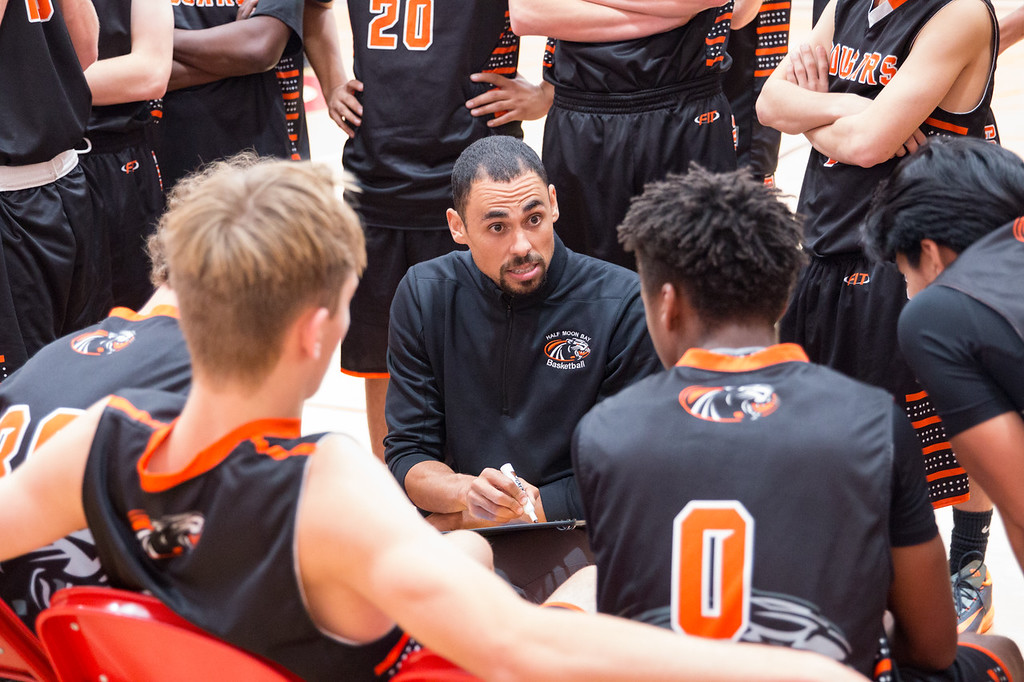 Friday night, the HMB Cougar Boys triumphed 58-53 over a gritty Jefferson squad that is playing as the defending PAL North Champ. With the win, HMB clinches the 2019-20 title with only one game left at Terra Nova next Friday. Jefferson made the Cougars work hard all game and even tied the game late in the 4th quarter before HMB pulled away.

Mykola Ediger and Ben McKnight played leading roles all game to lead the Cougar charge on both sides of the court. Mykola had a brilliant night scoring 28 points (12 of 25, 7 boards, 4 assists, 3 steals and 2 blocks), but also doing just about everything else to will the Cougars to victory including clearing offensive boards, firing assists to cutting teammates, posting up, handling the ball and taking a charge. McKnight scored 15 of his own (7 of 14) including the go-ahead bucket late in the 4th. Mykola and McKnight mirrored each other, both with 7 boards including 4 offensive, 4 assists, and 2 blocks.

Coupling a strong defense with 4 made threes including two from Zeke Syme, HMB took charge coming out of the locker room. Despite Jefferson’s best efforts and at times excellent one-on-one defense, Mykola hit two straight fadeaway 8 footers near the end of the 2nd quarter. But Jefferson proved a tough opponent with hitting two threes, and Byrd scoring on a drive across the paint and through three Cougars. HMB lost focus late in the half giving Jefferson free throws they made to go to the locker room up only 24-22.

Mykola came out of the half with a determined look, and promptly took over the game scoring 14 points despite facing stout defense. Mykola’s points came an impressive array of shots – a turnaround 8-footer, two long threes, a driving layup and pump fake to draw a foul, and a slicing layup. Meanwhile, Lukas Meighen (7 points, 5 boards) scored a couple of key buckets as he helped McKnight on the boards.

HMB entered the 4th with a 46-41 lead, but Jefferson would respond on threes from Byrd and Cruz (his third of the half) to take the lead at two late junctures. Amidst frantic back and forth action, McKnight calmly drained a clutch 10-footer to get the lead for good, 52-50. HMB sealed the game on a nicely designed sideline play to get Mykola the ball after making a big loop through 3 picks, who immediately scored 3 points on a heavily contested layup and one. Meighen and Sean Ediger made 3 of 4 free throws on 1+1s to seal the victory.